MANAGEMENT BOARD OF THE ASSOCIATION 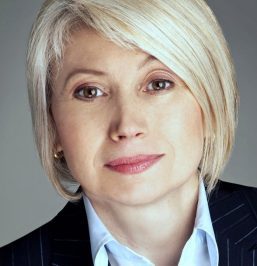 Iwona Sarachman - Member of the Management Board

Expert in communications, PR and corporate social responsibility, with many years of experience at managerial positions in international corporations. From January 2014 she has held the position of PR Director for Central Europe at AmRest Company which manages global brands in the restaurant sector, namely, KFC, Pizza Hut, Burger King and Starbucks, in 13 countries. In the years 2008-2013, she was the Head of Corporate Affairs at Tesco Polska. Previously, she was employed as the Corporate Identity, Public Affairs and Communications Manager in the Polish branch of the Coca-Cola Company (2004-2008) and as the Government Relations Manager at Philip Morris Polska (2000-2004). She started her career at the oil industry, first at Amoco Corporation, which entered the Polish market at the beginning of 1990s, and then at Amoco UK Services and BP in London. A graduate of the English Philology at the Jagiellonian University and the MBA studies at the University of Economics in Kraków, organised jointly with the Teesside University (United Kingdom).

Rafał Macias - Member of the Management Board

Corporate Tax Manager, COSTA COFFEE Polska S.A. Expert in tax and administrative law.
From 2002, he held various positions: of tax specialist and manager at COSTA COFFEE Polska S.A. Apart from tax issues, he is responsible for sustainable development, in particular for issues related to protection of the environment and personal data. His work experience includes work in public administration at the Second Tax Office Warszawa-Śródmieście and at PKP SA as the senior tax specialist. A graduate of Law Faculty at the Maria Curie Skłodowska University in Lublin.

SUPERVISORY BOARD OF THE ASSOCIATION 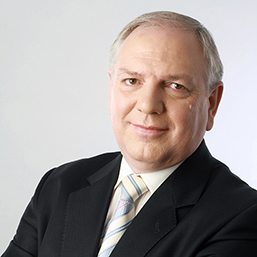 President of the Management Board of Sfinks Polska. He heads the company owning such restaurant chains as Sphinx, Chłopskie Jadło and WOOK, for the second time. He previously held the position of the President of the Management Board at Sfinks from June 2009 to April 2010 and afterwards became a member of the Supervisory Board of the company. Before his managerial and capital involvement in Sfinks Polska, for many years he co-created and run, as the president, the Dominet Capital Group which developed Dominet Bank through the franchise model. In 2007, Dominet SA along with Dominet Bank were successfully sold to the international group Fortis. In the course of his career, Sylwester Cacek was also the member of supervisory boards of such companies as  Dominet Bank SA and Impel SA. He is also an active capital investor; apart from his share in Sfinks, he also has a substantial share in Canadian biotechnological company Helix BioPharma. 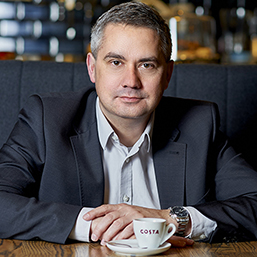 Tomasz Kruk - Member of the Supervisory Board

Operations Director and Board Member of COSTA COFFEE Polska S.A. Expert of FMCG market, services and retail sales with many years of experience at the leading Polish and foreign companies. From February 2014, the Board Member and Operations Director at COSTA COFFEE Polska S.A., the largest coffeehouse chain in Poland. He previously worked at Statoil Fuel & Retail Polska Sp. z o.o. (currently Circle K Polska. Sp. z o.o.), where he held the position of i.a. Operations and Retail Sales Director. A graduate of Management Faculty at the Law and Administration Department of the Adam Mickiewicz University in Poznań.

Łukasz Mrowiński - Member of the Supervisory Board

President of the Management Board and co-founder of the ETNO CAFE brand. Before he started his adventure with coffee, he had worked for 12 years as a lawyer (tax advisor) in international corporations such as KPMG or the European Leasing Fund. 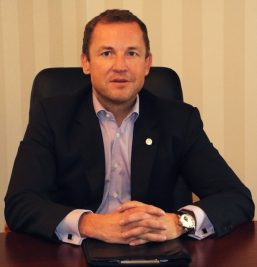 Tomasz Plebaniak – Member of the Supervisory Board

Born in 1968, a graduate of the Warsaw School of Economics, for years associated with the casual dining market. While still a student, he obtained not only knowledge, but also experience in American pizzerias. A true enthusiast of pizza and a manager of one of the restaurants overseas, he knew best how to run his own business that will win the hearts of Polish customers. The founder of the company from the very start made sure that DOMINIUM S.A. served traditional Italian cuisine in line with the best standards. Privately, he loves books about the history of Poland, sport and travels which are a great opportunity to discover new flavours.  His favourite pizza at Dominium is Pepperoni. “My optimism and passion are my strength”, says the President. “Building, sometimes risking, overcoming problems are my great passions. I feel responsible for development of the company and for all the people who co-create it. This motivates me”. 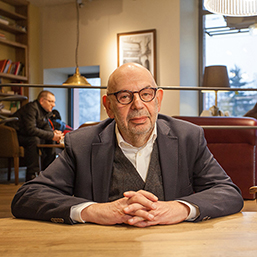 Adam Ringer – Member of the Supervisory Board

Marcin Snopkowski – Member of the Supervisory Board 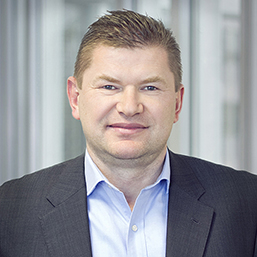 Jacek Trybuchowski – Member of the Supervisory Board

Jacek Trybuchowski graduated from the University of Szczecin, with a master’s degree in Marketing and Management and from the West Pomeranian Business School in Szczecin, with a bachelor’s degree in International Trade. He started his career at AmRest in 1993, as a student. During past 21 years Mr Trybuchowski held numerous positions at the company, ranging from Assistant Manager and General Manager of Pizza Hut, Area Coach of Pizza Hut and KFC, through Supply Director, Align Manager, P&A Manager, Pizza Hut Brand President to Country Manager for Hungary, New Markets Director, Mergers & Acquisition Director, Russia Division President and – currently – Chief Operations Officer.  Mr Trybuchowski actively acts as a Board Member of AmRest Sp. z o.o. He is also a Member of the Board of Directors of Blue Horizon Group (AmRest China).